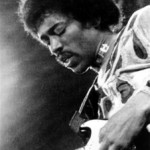 ** FILE ** On this 1970 file photo, Jimi Hendrix performs on the Isle of Wight in England. Vivid Entertainment is releasing a sex tape allegedly starring Jimi Hendrix. The Los Angeles-based adult entertainment company said they obtained the footage of the music legend shot in a hotel room about 40 years ago from a memorabilia collector. (AP Photo/FILE)

From Fusion jazz rock to ambient textures of tones to the overpowering distortion of the mayhem chords and the smooth relaxing sound of a soulful groove Ison Music Art > sounds tones idea's > THIS IS THE MAN… OF ALL TIMES…..!